In February, MSC Industrial Direct Co. (NYSE: MSM) announced plans to buy Barnes Distribution North America, which has a footprint throughout the U.S. and Canada. This article takes a look at the impact of the deal, both on the individual companies and on the industrial distribution landscape.

The deal does not include the Associated Spring Raymond portion of Barnes Distribution North America.

The transaction will contribute to MSC’s goal of reaching $4 billion in revenues by 2016, according to MSC President and CEO Erik Gershwind.

“Second, Barnes Distribution and MSC have ... 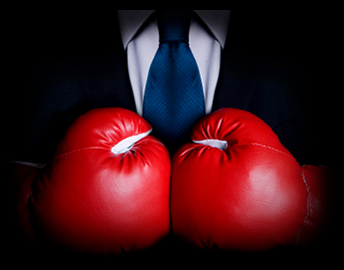 Tim Underhill of Underhill & Associates says distributors often struggle with proving value to their customers. He provides best practices on implementing a formal system that can help retain and get more business from existing customers.

Customers are willing to pay more when they recognize value beyond the short-term. For example, manufacturers have done a good job providing data on the dollar impact of buying energy-efficient light bulbs, including the new bulb’s life expectancy and wattage, says Tim Underhill, president of Underhill & Associates.

The price can be several times that of an incandescent. But their ...

Business intelligence does not necessarily translate into executive intelligence, and often the gap between the two is large, according to Indian River Consulting Group’s Mike Marks. Marks recently spoke about that “reality gap” and how to overcome it in a recent MDM Webcast, The Link Between Business Intelligence and Profitability, available at mdm.com/business-intelligence.

When it comes to distribution technologies, a lot of attention is frequently paid to the latest and greatest, such as e-commerce and mobile.

While these may pay off for distributors in the long run, the most immediate return on investment may come from technologies that have been around for a while – solutions that help distributors profit from the data already in their systems. Still, business intelligence does not necessarily translate...

The following is an excerpt of Brent Grover’s latest distribution management book, The Little Black Book of Strategic Planning for Distributors, published by Modern Distribution Management. In this article, Grover argues that distributors need to focus both on operational excellence and customer intimacy, rather than choosing one over the other.

In The Discipline of Market Leaders: Choose Your Customers, Narrow Your Focus, Dominate Your Market, authors Michael Treacy and Fred Wiersema adapted the three Michael Porter strategies into a choice of customer intimacy, operational excellence or product leadership. If you agree that product leadership isn’t a viable option for most distributors, the authors leave distributors with two alternatives: operational excellence or customer intimacy. In the following paragraphs I will argue for a third option.

Strategic choice No. 1 in The Discipline of Market Leaders is operational excellence, keeping costs down ...

So far 2013 has been somewhat turbulent. M&A activity has continued (MSC’s planned acquisition of Barnes, for example), as does overall economic/market uncertainty. It provides distribution executives with some choices to make about priorities and where to invest in initiatives that will produce the best return in 2013.

That’s the fancy way of posing the question: “How do we protect the revenue we have, and where are we going to...

This is the PDF of this issue of Modern Distribution Management.

Are you a subscriber? Simply log-in to view this issue.