Applied Industrial Technologies hopes to grow revenue 40% to $4.5 billion in the coming years, and M&A will not surprisingly play a huge role in that ambitious pursuit. Here’s what company leaders said about their acquisition strategy moving forward.

For any company looking to grow revenue by more than a third — as Applied Industrial Technologies Inc. says it hopes to accomplish in the coming years — an aggressive pursuit of M&A is paramount. Organic growth alone won’t help.

And based on the industrial distributor’s overview of its M&A strategy this week, it’s apparent that Applied’s acquisition appetite is indeed accelerating.

The Cleveland-based industrial distributor, which reported fiscal first-quarter earnings Wednesday, outlined its M&A prospects on the earnings call and in a separate investor presentation. Based on the company’s 1Q performance — a sales decline of 12.7% and a net income dip of 10.3% — it’s no surprise that acquisitions are critical if the company expects to hit its next revenue goal.

Applied said it hopes to reach $4.5 billion in annual revenue, a 40% increase from its current $3.2 billion, though the company didn’t specify when it planned to hit that ambitious mark.

No matter the target date, look for M&A to ramp up in the coming quarters. Acquisitions contributed only 1.1% growth to the company’s first quarter, an amount that was “partially offset by an unfavorable foreign currency impact of 0.4%,” Applied CFO David Wells told analysts on the earnings call. “Netting these factors, sales decreased 13.4% on an organic basis with a like number of selling days year-over-year.”

Look for acquisitions to contribute more to Applied’s top line starting with the fiscal second quarter. On Oct. 7, the company announced it had acquired Advanced Control Solutions, a Marietta, Georgia-based provider of automation products, services and engineered solutions.

Financial terms of the deal were not disclosed but Applied expects this acquisition to contribute approximately $6 million in sales during its fiscal second quarter — and every bit helps right now. “Based on the 13% to 14% organic sales decline, we believe a low double-digit to low-teen decremental margin is an appropriate benchmark to use for our second quarter,” Wells said.

What’s Next for Applied?

That pipeline is “focused on tuck-in automation and fluid power opportunities near term,” the company said in the presentation, but Applied President and CEO Neil Schrimsher offered more details on the earnings call.

He said the addition of ACS “represents the next step in expanding our automation offering, which is further differentiating our value proposition, diversifying our end market mix and enhancing our growth profile to include next-generation industrial solutions.”

Applied dubbed its acquisition pipeline as “active” and “aligned with long-term growth.” Specifically, the company is now projecting $100 million annually in sales from acquisitions, which is about 300 basis points of growth.

As the company pursues acquisitions in fluid power, flow control and automation, it has also identified a few trends in the distribution M&A landscape, including:

“This provides flexibility to fund incremental working capital requirements in coming quarters as customer demand continues to improve as well as opportunistically pursue strategic M&A aligned with our growth initiatives,” he said. “Our M&A focus near-term remains on smaller bolt-on targets that align with our growth priorities, including additional automation and fluid power opportunities.”

Dave Manthey of Baird called Applied an “active acquirer” based on the company’s 24 deals and $1 billion in acquired revenue since 2012 with about half coming from the 2018 acquisition of FCX Performance.

“The company targets 300bp of growth per year via M&A, has an active pipeline and adequate liquidity to comfortably hit this target,” Manthey wrote. “Looking forward, the company recently entered the discrete automation and robotics market, which we see as a compelling growth opportunity and natural product adjacency.” 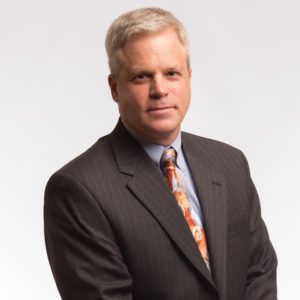