MDM looks at another round of earnings reports from industrial distributors and manufacturers.

Kennametal on Oct. 31 reported that 3Q sales reached $495 million, a 2% jump over the same period last year.  The increase reflected organic growth of 9%, which was partially offset by an unfavorable currency exchange effect of 7%, the company said.

“Our first quarter fiscal 2023 results were in line with expectations, delivering constant currency sales growth in all our end markets and regions from continued execution on our Commercial Excellence initiatives and improvement in customer demand,” said Christopher Rossi, President and CEO. “Looking ahead, despite macroeconomic uncertainties, we see demand in line with normal seasonal patterns through this fiscal year. Regardless of the exact path the economy takes, however, we remain confident in our proven ability to advance our strategic initiatives and secure market leading positions.”

For its fiscal 2Q 2023, Columbus McKinnon reported record operating income of $27.4 million, while revenue for the quarter was $232 million, up 8.5% on a constant currency basis versus the same quarter last year. For the quarter, net sales increased $8.1 million, or 3.6%, over last year, the company said.

The acquisition of the Garvey Corporation — a deal that closed in December 2021 — contributed $9 million in sales, which helped to offset unfavorable foreign currency translation of $11 million, or 4.9% of total sales, the company said.. In the U.S., price improved $7.6 million, or 5.8%, which offset the $4.5 million, or 3.4% decline in volume.

“We produced another solid quarter as we execute our strategy to drive growth and improve our cost structure to deliver stronger earnings power and cash generation,” said David Wilson, President and CEO of Columbus McKinnon. “We demonstrated progress toward our long-term objectives as we achieved record operating income and record adjusted EBITDA margin in the period. We had strong cash generation in the quarter as well, enabling us to continue to reduce debt and increase our financial flexibility. Importantly, we are leveraging secular tailwinds as our intelligent motion solutions address the trends in automation, productivity and supply chain regionalization.”

On Oct. 31, Regal Rexnord reported that 3Q sales increased 48% over the prior-year quarter and were up 8% on an organic basis.

“I am extremely pleased with our 3Q performance,” CEO Louis Pinkham said. “Our Regal Rexnord team continued to focus on executing what’s under our control, while navigating against headwinds posed by ongoing supply chain challenges and high inflation. By leveraging an 80/20 mindset and acting with urgency to serve our customers, the team delivered 8% organic sales growth, which includes strong price realization plus share gains. As we highlighted at our September investor day, we’re gaining traction with our many outgrowth initiatives, including starting to deliver a robust pipeline of mix-positive new products focused on improving energy-efficiency, plus raising service levels, and making significant digital and e-commerce investments. I am also proud of our team’s performance continuing to raise our adjusted EBITDA margin, aided by 80/20, lean, and our acquisition synergies.”

“AMETEK’s results for the third quarter were excellent,” commented David A. Zapico, AMETEK Chairman and CEO. “Continued strong sales and orders growth combined with outstanding execution drove robust margin expansion and record earnings which exceeded our estimates. Our highly differentiated businesses and flexible operating structure enabled us to manage through an increasingly dynamic macro environment and deliver record results. Given this performance, we are again raising our sales and earnings guidance for the full year.” 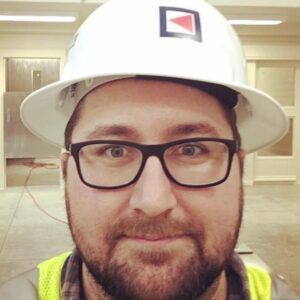 Mark Powell is one of MDM's associate editors. He is a former mainstream news reporter and editor and has worked in the online, print, radio and TV news industries. Mark earned a bachelor's degree from San Jose State University and a master's degree from California State University, Bakersfield. He has lived and worked in various cities across California, Colorado and Kansas and currently lives in Shafter, California.
Recommended Reading