&nbsp ;
Kaman’s Aerospace
division saw a 13% increase in sales for the year to $326 million, and its Music
division saw a sales increase of 12% to $214.8 million.
&nbsp ;
Profit for the year
was $31.8 million, up from $13 million in 2005.
&nbsp ;
For the fourth
quarter 2006, sales were $308.9 million, up 7% from the same period last year.
Industrial Distribution saw a 3.6% sales increase in the fourth quarter to
$157.6 million.
&nbsp ;
The increase in
sales (in Industrial Distribution) was driven by strong organic growth in the
business, as we won new national accounts and expanded relationships with
existing customers,” CEO Paul Kuhn said.
&nbsp ;
In 2006, new branches
for the Industrial Distribution segment were opened in Austin, TX, Greenville,
SC, LaGrange, GA, and Topeka, KS. More are planned for 2007, Kuhn said. “In
addition, the segment is working to expand its product offerings, particularly
in the field of fluid power.”
&nbsp ;
Related
Links:
href=”/pub/1_1/breaking-news/3460-1.html” target=_blank>color=#000066>Kaman Industrial Distribution Sales Up 6% in 3Q
href=”/pub/1_1/breaking-news/list.html”>More Breaking
News 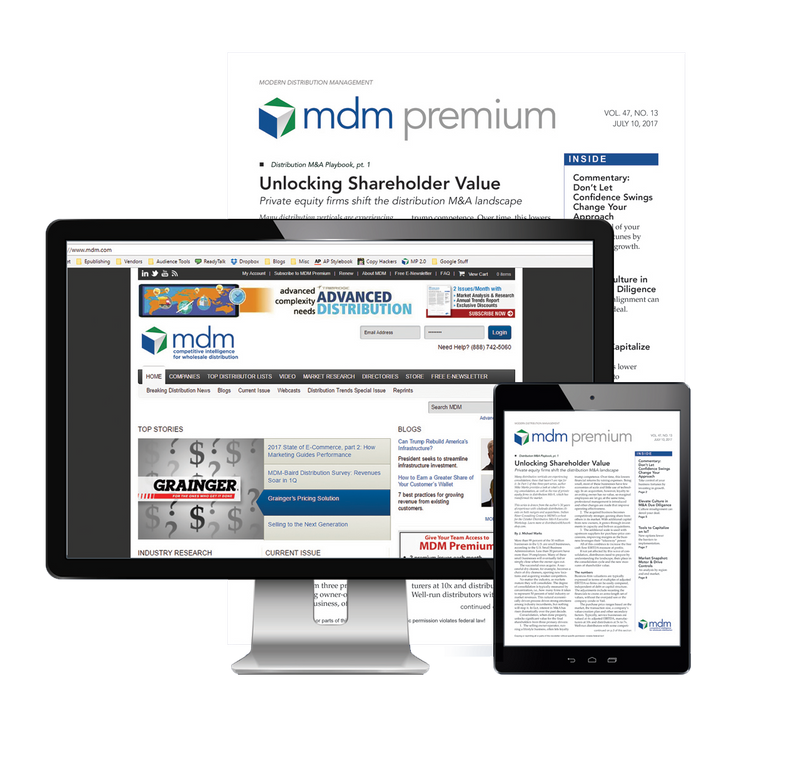