double Rexel’s revenues in the U.S. consistent with Rexel’s strategy to build a stronger platform here. “That will make us more important to our customers and hopefully to our vendors as well,” Waterman said.

Waterman said Rexel will now look for smaller acquisition targets to further strengthen its position in the U.S.

GE Refocuses
The sale of GE Supply is part of GE’s strategy to focus on higher-return enterprises, according to a GE release. GE plans to reinvest the proceeds into core operations and fund restructuring. GE Supply’s current management, including CEO and President Jeff Schaper, will remain with the business.

GE Supply employs 2,500 people in more than 150 locations around the world. Its core electrical distribution activities operate mainly in the U.S.

With the purchase of GE Supply, Rexel expands into Ireland for the first time. GE Supply also has operations in Asia and Hungary, adding to Rexel’s presence in those areas.

The Rexel Group has agreed to pay $725 million to acquire GE Supply, the electrical distribution arm of General Electric. That price represents a roughly 7X EBITDA valuation, according to MDM estimates. That valuation is more in line with industry norms compared with prices paid in deals announced earlier this year.

The Rexel Group has agreed to pay $725 million to acquire GE Supply, creating a company with revenues of about $4.7 billion and making it one of the top three electrical distributors in the U.S.

That “neighborhood” is more than a stone’s throw from prices paid in other large deals announced earlier this year. The Home Depot paid 12X EBITDA for Hughes Supply, and MSC Industrial shelled out 11.3X EBITDA for J& L Industrial Supply.

“GE Supply, Rexel and (controlling firm) Clayton Dubilier & Rice are experienced professionals. If the neighborhood of 7X was the multiple, this was a fair price,” said Robert Cornog, managing partner of Revolution Capital, an advisory firm focused on wholesale distribution. “This is a dramatic contrast to the multiples associated with other large deals this year.”

From Captive to Stand-Alone
The price is more in line with industry norms, and may reflect the fact that GE Supply, based in Shelton, CT, has been a captive unit of General Electric. It distributes GE products as well as products from more than 200 other manufacturers and also supplies GE plants throughout the world. “We have signed a contract for a few years not only on the sell side but also on the buy side,” Waterman said.

Waterman is excited for GE Supply’s growth possibilities as a stand-alone organization: “Their previous focus was more of a channel to push a GE product. They have the expertise, but they just haven’t had the opportunity to develop it as well as they could. And we of course are going to push that. They are an established brand and they have a good name. They do some things very well.”

GE Supply provides Rexel with an expertise in integrated supply and industrial contracts. Waterman said GE Supply’s customer base is more than 50 percent contractor. Rexel’s is a little less than that, at roughly 48 percent. Both companies reap about 35 percent of their sales from industrial. Waterman said Rexel is looking to expand its reach in the electrical contractor sector.

GE Supply and Rexel will operate under a dual-banner strategy.

“The GE Supply team has done a great job of growing the business,” said James P. Campbell, president and CEO, GE Consumer & Industrial, in a press release. “Rexel is committed to fostering GE Supply’s continued growth by providing support that will help the business expand its presence, products and services for their customers.

“It’s a great fit. The terms of this sale also ensure that GE Supply will remain a strategic distribution channel for GE products. This is a big win for us and for the customers that count on GE Supply.”

Aggressive Strategy
Clayton Dubilier & Rice led a team of three private equity firms to buy Paris-based Rexel for 6.7X EBITDA in 2005 in what was then the largest public-to-private transaction in Europe. Since then, Rexel has been particularly aggressive on the acquisition trail, recently buying up large companies in Switzerland, Italy and the U.S.

The aggressive strategy fits with ownership by financial buyers. Most private equity firms buy a company and actively build it to leverage the return on their investment several years down the road.

The GE Supply acquisition will nearly 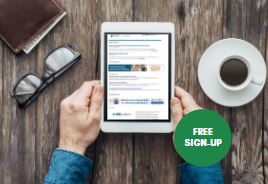