ADI Global Distribution vice president of global operations helped carry the company through the complexity of COVID-19 with "creative and unique" solutions.

The two ADI Global Distribution colleagues who nominated Allie Copeland, vice president of global operations, for MDM’s Women in Distribution Awards had little trouble detailing Copeland’s contributions to the company. They almost ran out of room on the nomination form.

As they noted in their glowing recommendations, ADI Global — a Melville, New York-based wholesale distributor of security, AV and low-voltage products — routinely relies on Copeland for her leadership, expertise and vision.

Those traits were especially needed during the past year when COVID-19 upended the economy, the industry and the company. But Copeland viewed the disruption as an opportunity for ADI Global, which is owned by publicly traded Resideo Technologies Inc., to become closer with its customers by offering such value-add services as curbside pickup.

The company’s priority, of course, was ensuring the safety of employees and customers. But once ADI Global achieved that, it was back to serving its markets and meeting customer needs as an essential business. Copeland was a critical link in making that happen.

“We had a phenomenal back half of the year — it was fantastic,” Copeland says. “We actually grew, and not everybody can say that.”

Like a true leader, Copeland credited the teamwork at ADI Global as integral to the company’s success.

“It was challenging, but my great co-workers and I are now even closer because we worked a lot of late nights and seven days a week looking at orders and thinking through things that none of us had ever dealt with before,” she says. “It made a lot of those cross-functional teams get so much closer and trust one another going through this together. I’m proud of how we responded as a company. I also know we’re better off if something like this happens again.”

The comments from Copeland’s nominators were glowing, backing up the impact that Copeland had on the company and her team during not only the difficulty of the past year but during Copeland’s entire five-year tenure at ADI Global.

Eva Heller, VP of inventory management and planning, noted in her nomination of Copeland: “There is a quote that states, ‘A sign of a good leader is not how many followers you have, but how many leaders you create,’ which rings true of Allie. She not only inspires her team to be creative, innovative and courageous but also coaches her people on how to overcome obstacles and unique challenges they face.”

And Adrienne Zimoulis, director of communications at ADI Global parent Resideo, said this of her colleague: “Allie is an exceptional leader that sets an example for others, and has been recognized as a role model across the organization. She brings an enthusiastic and can-do spirit to ADI and never backs down from a challenge. Allie offers a creative and unique way of handling some of the most difficult tasks and empowers her team to reach their highest potential.”

Copeland was quick to credit the support she’s gotten from a variety of mentors during her entire professional career, and especially during the last few years working in distribution, which remains challenging for women but is changing thanks to leaders like her.

“There’s been a lot of inspirational professionals and bosses I’ve met along the way,” she says. “There have always been people — both men and women — who have been willing to talk to me and who help me in my professional development when I asked.”

Now, she’s looking to be that same influential leader for up-and-coming distribution professionals. She regularly serves as a mentor in formal and informal capacities, helping both male and female mentees along the way. Her advice for someone looking to rise in the ranks of the company is to do what she did and lean on those who are already there. That list now includes herself.

“The key is to find somebody who you admire and just ask them to tell you their story,” she says. “If something grows out of that longer-term, there’s probably some inspiration you can get out of that.” 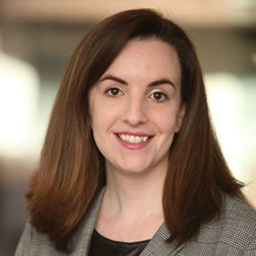 Elizabeth Galentine is editor in chief of Modern Distribution Management. Prior to joining MDM in 2018 as Editor, Elizabeth Galentine ran her own content services agency and led the editorial team for a national employee benefits media company for nearly 10 years.
Recommended Reading
Leave a Reply