Managers who prioritize strengthening the emotional intelligence skills of their sales team, such as empathy, find customers feel more connected and are more likely to share pain points that lead to purchases.

Colleen Stanley, president and founder of SalesLeadership, Inc., has been doing ‘remote’ sales management since long before COVID-19 sent many distribution sales teams home this spring. The speaker at MDM’s upcoming Sales GPS conference got her sales start in distribution and manufacturing, leading 130 sales representatives who were spread in locations across the U.S.

“It used to be ride-alongs. Today with COVID-19, maybe you can’t do the ride-alongs. You need to do listen-alongs — pre-brief calls, debrief calls, lots of coaching,” Stanley told members of MDM’s Sales Transformation Network on a recent call.

Today’s remote sales management includes pre-deal coaching — not just post-deal review, she said. It’s more frequent check-ins with employees, creating an emotional connection. With many buyers now expecting sales conversations to take place over video, a lot of sellers have yet to successfully adapt to selling through the medium. Others are having difficulty with time management, Stanley said. They are feeling overwhelmed, unorganized, and are not getting as much done.

However, most sales managers do not teach time management. To fill the void, Stanley recommends sales leaders assign a book on the topic, such as David Allen’s Getting Things Done, or bring in an outside expert to teach it. It’s worth the investment, she said, because a seller who is losing one to two hours a day due poor time management can add up to 40 hours or more a month — then times that by as many team members who are having the issue. The result? “You’ve got a ton of productivity that’s not happening,” Stanley said.

The physiology of sales also comes into play when a sales rep is not properly managing their calendar. “It’s not a sexy topic,” she said. “But I promise you, it’s one that’s hitting the bottom line, and doesn’t show up on P&L statements.”

Leaders want and need peak performance right now, but a person who is stressed and anxious is producing the stress hormone cortisol, likely not sleeping well at night and then making the problem worse the following day.

The selling skills of many traditional sales people have not yet caught up with their buyers’ accelerating preferences to shop online, or at a minimum, through remote transactions that quickly zero-in on value proposition. Customers are busy and primed to hit the delete button on many communications that don’t immediately resonate with them and their needs. As a result, sales people need to be prepared with customized messaging for each type of buyer and decision maker. “If you don’t have three different value propositions, designed for three different buyers, you’re showing up barely generic — and generic is not cutting it,” said Stanley. “It never has, but the luxury of being average is over.”

Sales leaders looking to help their team members strengthen the depth of their value propositions would be wise to focus on empathy, Stanley said. “Ask your sales team this at the next group sales meeting, ‘What’s the day in the life like for this buyer? What are the personal pressures they’re facing?’ Because if you can’t demonstrate empathy and your value proposition, you don’t make the emotional connection,” she said. “By demonstrating empathy, you demonstrate expertise.”

Stanley recalled one sales group she worked with that was having difficulty understanding how a CFO thinks. So, they brought their own company’s CFO into a sales meeting to have him explain how the company makes money and what key performance metrics he follows.

The same tactic works for bringing in your company’s best customers. Ask them why they buy from you, why those specific products they purchase are important to them and what business problems they feel you and your products are able to solve for them.

In general, sales people don’t ask enough questions, Stanley said. If you miss a question, you miss an answer, which can be a key part of customer decision making.

There are two root causes to why sales people don’t ask enough questions, she added:

There’s a lot of talk about restructuring sales teams, particularly inside and outside sales. Any effort to restructure should include a specific definition of each role, Stanley said.

For example, one distributor might define inside sales as more of a customer service role, while others see it as a sales function responsible for inbound leads. Will there be a marketing element? All of these factors will contribute to the type of personality best suited for your definition of the role. “There’s a difference between a person that can convert an inbound lead versus a person that makes outbound prospecting,” Stanley said. “It’s a different hiring model.”

She’s also seeing more companies make a deliberate effort to separate out the customer service function. Some sales people are reluctant to give up that part of the client relationship. To address that hesitation, Stanley recommends being purposeful about a handoff between sales person and customer service rep. Have a joint video conference call where the sales rep introduces the service rep as the expert. This way, rather than feel like they’ve been handed off, the client feels taken care of,” Stanley explained.

She sees the blending of inside and outside sales as a model that will last beyond the immediate effects of the coronavirus. Customers are comfortable with video conferencing and want to engage over conference call.

As far as the sales team returning to the office versus continuing to work from home, Stanley cautioned against making a quick money-saving decision to keep the virtual offices permanent. Some people prefer the camaraderie of an in-person office culture, others are living with a bunch of roommates and don’t have a home office to work from in the first place.

In her recently released book, Emotional Intelligence for Sales Leadership, Stanley addresses soft skills needed for sales leadership that are not often taught. She admits the word “empathy” is thrown around a lot, but says, “it’s the most powerful influence skill you can teach.”

It is difficult to influence others (and their buying decisions) without knowing, caring or understanding what they’re thinking or feeling. Empathy takes more than a throwaway response to a customer’s statement that what they’re going through sounds hard, difficult or frustrating. It’s about demonstrating that you understand how they feel and are able to put yourself in their shoes. “It’s only after you have connected with somebody that they’re open to your advice and your solutions,” Stanley said.

To strengthen the skill, she recommended managers role play with sellers. Use the opportunity to practice increasingly difficult selling scenarios so that the seller doesn’t freeze when they encounter a tough buyer in the real world. “Everyone’s heard this if you’ve been a sales manager: ‘I don’t like roleplay. It’s not real,’” she said. “Well, neither is basketball practice. Go.”

The disconnect comes when managers mistake CRM tools for roleplay. Reviewing data and reports and discussing what needs to be done about them is important, but it’s not the same as roleplay that actually says and acts out what will be done — so that it is done correctly.

Emotional intelligence skills that are particularly important for managers during the pandemic include empathy but also emotion management and self-awareness, Stanley said. “What you’re not aware of, your bones repeat,” she said. “Introspection. How do I want to show up today? What did I do yesterday where maybe I didn’t model the right behavior?”

To ramp up EQ in a company where it has not been part of the culture, Stanley recommended bringing in your top sellers to document their selling steps to create selling scripts. Documenting sales playbooks is hard, detailed work. As a result, a lot of companies elect to hire a sales consultant with experience in the process. But, Stanley noted, it must be a co-creation where the company’s actual sellers are a part of the process and methodology. This will capture the business’s unique vernacular and language.

This will inevitably lead to pushback over fears of sounding canned or disingenuous. But without a tight value proposition, Stanley retorted, you’re not asking buyers the right questions and you will still sound canned. “Scripts aren’t bad,” she said. “The reason you think they’re bad is you haven’t practiced. … Once you’ve got a script, then you can go off script.” 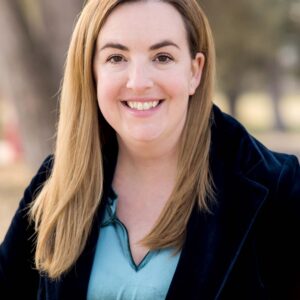 Grainger and Mom Project Team Up

MDM to Host Live Conference: SHIFT | The Future of Distribution